SCAM ALERT:  Please be advised that a bogus website (www.pbsee.com) recently attempted to impersonate our company by illegally using our logo and company name.  This site purported to sell items such as lobster and crab at impossibly low prices.  We identified the host of the site, which shut it down upon receipt of our complaint. Seafood Exchange has absolutely no relationship with this scam site and, in fact, we do not sell anything online. Consumer protection experts recommend contacting your financial institution regarding the recovery of any payments you may have made to this illegitimate site. 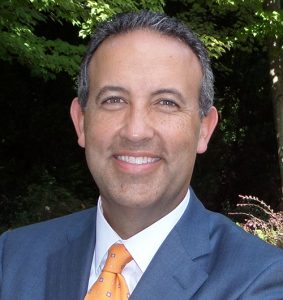 Travis joined Seafood Exchange in 1997 from Darden Restaurants, where he handled shrimp procurement for Red Lobster, Olive Garden, and Bahama Breeze.  He possesses extensive experience with production and procurement issues in Latin America and Asia, as well as product development and market issues relating to retail and food service markets in the U.S. He is actively involved in the Global Aquaculture Alliance and the National Fisheries Institute, where he currently serves as chair of the Nominating Committee. He also has served on NFI’s Executive Committee, on the founding board of managers for its Better Seafood Board, and as president of the National Shrimp Industry Association. Travis earned an MBA at Brigham Young University. Outside of business he is actively involved in local leadership of The Church of Jesus Christ of Latter-day Saints. Travis further tests his patience as a certified official for U.S. Soccer Federation and high school soccer matches (apparently the seafood industry does not provide sufficient aggravation). He and his wife Maria are the parents of three children. 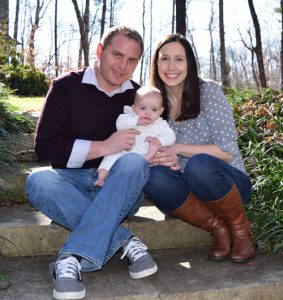 As our native North Carolinian, Izzy brought local flavor to the company when she came to Seafood Exchange in 2006, right as the company moved from Miami to Raleigh. Although she graduated from NC State with a degree in biology, Izzy much prefers her current steady diet of managing customer needs, inventory, shipments, new projects, and any other piece of chaos that needs taming. If the timing is right she might tell you stories of her previous life at a call center for sales in Canada. That makes even the seafood industry look easy.  Izzy’s favorite activity now, however, is filling up gigabyte after gigabyte of storage with photos of her baby girl. She and husband Tim are proud first-time parents who can’t get enough of the joys of parenthood.

Phil started Seafood Exchange in Miami in 1979, literally with just a desk, a chair, an order pad and a phone. Having worked previously for Deltec and Empress International from the early 70s, he already was well versed in the particulars of the seafood business. The industry truly was “The Wild West” at that time, and Phil fit right in with all the risk takers of the era, working with seafood products from all over the world. He helped pioneer the development of value-added shrimp products in Ecuador in the 1980s, working closely with several restaurant chains to implement new product forms. His knowledge of shrimp production and food safety was legendary. In fact, we loved to say that Phil had forgotten more about the seafood business than the rest of us would ever know. He was a natural leader who was actively involved in many key industry associations. Phil was known for his seemingly infinite number of close relationships with customers, suppliers, and just about anyone he met. He earned a reputation for trust and fairness among all who associated with him. Although he earned a master’s degree in microbiology from The Ohio State University, Phil would always be known first and foremost as a Miami Hurricane fan. An avid auto racing fan, Phil even raced cars professionally for a time. In the 1980s he was a partner in staging the Miami Grand Prix, a professional road race through the streets of downtown Miami. He loved mountain biking and road cycling and often could be seen climbing the Key Biscayne bridge on weekend mornings. He also loved hiking in the Mountain West, where one of his favorite accomplishments was hiking the Grand Canyon.

Phil married Linda Hoy in 1973 and took increasingly greater pleasure every year in acknowledging the many wonderful years they had spent together. She truly was his best friend. After receiving a liver transplant in 2007, Phil became a strong advocate for the fight against liver disease and the advancement of organ transplantation. Although Phil left us in 2015, we will always relish the lessons he taught us and the many laughs he provided us. He truly was one of a kind.